The blog about womens soccer in the UK 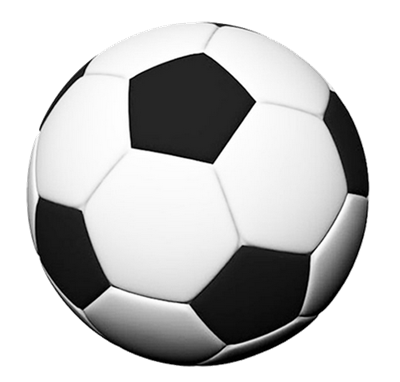 Below we list the FA Women’s Super League teams that are most popular on our site. The list does not contain all themes

Manchester is known for one thing; football. With one of the biggest inner-city rivalries and two of the biggest names in the football world residing in this city, it is not shocking to hear the Women of Manchester City are 1st place in the top-tier of women’s English football.

Chelsea is one of the biggest brands in football, the women of “The Blues” are in top form. Chelsea Football Club Women have been around for almost 3 decades. One of the biggest competitors for the title in the 2018-19 season, they have truly stepped up their game in the last few years.

Brighton & Hove Albion Women & Girls Football Club was technically founded in 1991 but can trace their history all the way back to 1967.It took a long road for the team to make it to the top-tier of the English women’s football and are currently in 9th place in the FA Women’s Super League.

Everton Ladies Football Club are a team affiliated with one of the better teams in the Premier League. A team on the women’s association from the city of Liverpool, “The Toffees” Everton Ladies has been around for well over 30 years.

West Ham United is one of the football royalties in England. The Women’s club is not as rich in history or following but are affiliated with one of the best fan bases in the world. West Ham United F.C. Women is a club that is only 16 years old but have climbed their way up through the ranks.

Welcome to FemmaFan.com. A website for fans of women soccer and the FA Women’s Super League who like the bet on the games.  You do not have to bet on the games to enjoy this website but the people behind it enjoy betting on soccer, and many of the blog posts on this site will be focused on betting.  The team info should be of interest for everyone.

Where can you bet on women’s soccer and the WSL?

There are a lot fewer people betting on women’s soccer and the FA Women’s Super League than there is betting on the top men’s leagues such as the Premier League. This is both a blessing and a curse.  The low interest means that fewer sportsbooks offer you to bet on female soccer. You have fewer sportsbooks to chose among.  The lower interest also mean that the sportsbooks put less effort into being knowledgable about the leagues and setting the right odds.  It is easier to be more skilled than the sportsbooks and make money when betting on women’s football than it is when betting on male football and many other sports.  Devoting yourself to betting on the FA Women’s Super League and other women’s leagues can be very profitable.

There are a number of different casinos and sportsbooks that offer a good selection of games to bet on from the FA Women’s Super League and other women’s leagues.  I use William Hill and Leo Vegas Sportsbook. Two well run and well-renowned sportsbooks that offer very quick withdraws. I use William Hill for their extensive selection of games to bet on and Leo Vegas for their excellent mobile site that makes it a breeze to place bets on the go.

Women have been fighting for equality in every field of life. Whether it is business, arts, or sports, women have been underrepresented for centuries. Now, there is a growing following and support for women in top-tier sports, with international competitions like the FIFA Women’s World Cup and leagues like the Football Association Women’s Super League (FA WSL). the FA WSL is the highest league of women’s football or soccer in England.

History of how it started

FA WSL was meant to be started in 2010 but was delayed. Sixteen teams applied to be in the FA WSL. Originally titled FA Women’s Premier League, the creation of the current upgraded league was a top priority for FA Chief Executives. In 2011, the FA Women’s Super League was launched with eight teams.

It was not until 2014, that the league was extended and a second division was created with nine new teams. The WSL1 and WSL2 were the two leagues, and a system of relegation/promotion was introduced. WSL1 remained with 8 teams until the December 2014, when FA WSL announced their two-year plan to expand further. WSL 1 added two teams from WSL 2 and changed a to a ten-team league. It was at this point that a FA Women’s Premier League team earned promotion to WSL 2, creating a three-tier system.

The FA announced in mid 16’ that the league would move from a summer league to a winter league, matching the classic football schedule around the world. They also added a short spring league titled FA WSL Spring Series. After the 17-18 season was extended to its current eleven team league complete with a rebranding to FA Women’s Super League and a new logo.

FA Women’s Super League continues on with eleven teams. Initially, the league was described as professional with only a handful of players getting paid. This was later changed for a semi-pro system. This continued to be the system until 2017 when FA announced that a restructuring of the league and its licensing criteria will work towards achieving the goal of a fully professional top division. This meant that all the teams’ players can fully devote their time to the sport and be paid to do so.

With wages being paid to all the players, the quality of the league saw a spike. Currently, the league runs simultaneously with a knock-out cup fixture like their male counterparts under the FA WSL Continental Cup. It is consisting of three regional groups of six, where winners and second runner-ups advancing to knock out stage semis and after, finals.

The eleven teams currently competing in the FA Women’s Super League are:

Since the start of the 2011 season, there have been three teams that have repeated as champions, and one team who has won just one time. There have only been two teams that have won the league in back-to-back years.

The two teams have taken over as of late as the biggest competitors in the league. Chelsea and Manchester City are the odds on favorites as of now and seemed poised to dominate the league for years to come.